If you fail to plan, you plan to fail

In this rainy season, KenGen  will complain of overflowing dams but a month or so into the dry season, they will run low on water and KPLC will have to ration electricity. Budalangi will flood every year in April but the community will wait to lose lives or property before they can move to higher ground. Many households will watch the rain water runoff instead of harvesting it for consumption, only to buy water a few days later. Food will rot in Rift valley while people are dying of hunger in Northern Kenya.

What Pre-oil Economies in Africa must Consider!

Strong symbolism is attached to oil since this raw material was the foundation of economic systems in the 20th century and continues to be the fuel of global industrialization in the 21st. It is key to the hierarchy that exists between countries from the richest to the least advanced. An oil-based economy also involves incomparable sums of money (Magrin & Vliet, undated). That is perhaps why recent discoveries of commercially viable deposits of oil in the East African region and ‘the probability of the region becoming a global player in oil production’ (United States Geological Survey [USGS], 2012) has caused a lot of excitement.

Kenya: So Rich Yet So Poor, Is Turkana Selling Its Due?

Imagine a place that is linked to the origin of humankind; is one of the world’s leading archaeological sites and is now a World Heritage Site; has preserved wildlife fossils, which include the giant tortoise and the 20-foot long crocodile; is home to one of the smallest tribes on earth who still wear goat or fish skins and accessorize with fish bones or fish teeth; has the world’s largest permanent desert lake which is also the world’s largest alkaline lake; has an island with scenic crater lakes each harbouring its own kind of animal species like flamingos, crocodiles and tilapia; has sand dunes that measure over 40 feet high that are surrounded by palm trees;

Set me free: The story of Ajem

Set me free: The story of Ajem

On the brink of a disaster, yet no one cares

The young and the restless: In 2009, more than half of the inmates at the Industrial Area Remand Prison came from single-parent homes, according to a new report. Most were unemployed, had experimented with drugs and felt neglected by both the society and the state. Would they have turned out better had they received undivided attention?

The young man next door is most likely unemployed or in casual engagement, is religious but never makes offerings at his place of worship, may be into crime, alcohol or drugs, is almost certainly a registered voter, and is likely to die before he clocks 60 years.

Get In Touch Now

Let us walk with you to
kick-start the future 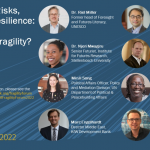 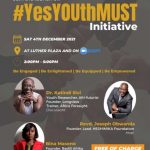 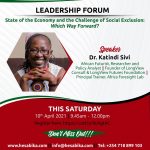 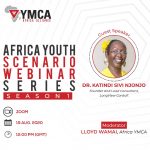 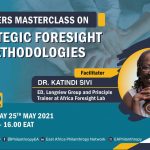